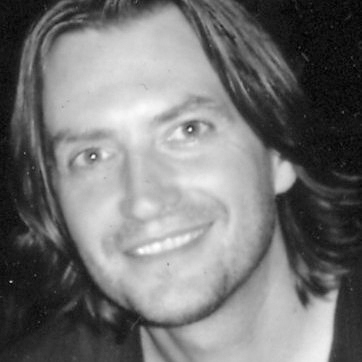 Ivan Kutlesa was born in 1968 in Chicago from parents of Croatian descent. He attended the University of Illinois at Chicago where he received a Bachelor of Architecture in 1992. In 1990, he lived and studied architecture in Versailles at the prestigious Ecole des Beaux-Arts. Ivan worked for several small firms as well as the distinguished architectural firm of OWP/P Architects. In 2001, Ivan established his own studio with his university colleague and friend Manuel Hernandez, called IK + Associates.

Today, as Kutlesa/Hernandez Architects they practice architecture both regionally and internationally. Ivan holds licenses in Illinois and Wisconsin and is a national member of the American Institute of Architects and the National Council of Architectural Registration Boards.

Manuel C. Hernandez was born in 1968 in Chicago from parents of Mexican descent. His interest in architecture started at Carl Schurz High School, where he won 2nd place in the Newhouse architecture competition. During the summer of 1987, Manuel worked at Skidmore Owings & Merrill’s model shop. With a Newhouse scholarship, he then attended the University of Illinois at Chicago where he excelled in the architecture design studios, receiving two faculty citations for excellence in design (1988 & 1989). From 1990 thru 1991, he lived and studied architecture in Versailles, France at the prestigious Ecole des Beaux-Arts. He graduated and received a Bachelor of Architecture in 1992. Manuel worked for several small firms as well as the distinguished architectural firm of Elias G. Pappageorge Architects (1994 thru 2001). At Pappageorge architects, Manuel was head of design development for all of their high profile projects. In 2001, Manuel joined his university colleague and friend Ivan Kutlesa to established the Architectural firm called IK + Associates.

Today, the firm is known as kutlesa/hernandez architects, inc. Manuel brings to the firm his design skills that have been developed since his high school years. Manuel is an associate member of the American Institute of Architects.